Home Battery Storage: The Next Piece in the Renewable Energy Puzzle

If you’ve talked to anyone here at Catalyst, you probably already know that we’re passionate about sustainability and renewable energy. We are supporters of efforts in Atlantic Canada to decarbonize our society, such as the residential solar subsidy programs, as well as federal programs to build electric vehicle charging infrastructure across the country. When we consider the next step in the move to an electrified society, battery storage becomes an obvious missing piece of the puzzle.

What Is Home Battery Storage?

Home battery storage is the next frontier of renewable energy development.

“The typical solar energy system includes solar panels, an inverter, equipment to mount the panels on your roof, and a performance monitoring system that tracks electricity production. The solar panels collect energy from the sun and turn it into electricity, which is passed through the inverter and converted into a form that you can use to power your home.

Recent technologic developments have made combining residential solar power systems with battery backup easier than ever. In essence, you take advantage of the shared DC electricity produced from solar and stored in the battery and utilize the necessary inverter to manage delivery of power to the battery pack and to the home.

Home battery storage is a key piece of the renewable energy equation because intermittent renewable generators – like wind and solar power – are not as predictable as a traditional coal fired power plant. The wind is not always blowing, and the sun is not always shining. Similarly, there are times when the intermittent generators swing the opposite way and produce more energy than is required. Homeowners with residential solar systems are all too familiar with this cycle of under- and over-production. Home battery storage equalizes the production of power, so those times of excess energy can be used to fuel the latent periods when there isn’t enough sustainable power being generated.

There are benefits to coupling of home battery storage with traditional electricity grids. Depending on where you live, you may already be familiar with ‘time of use’ rates on electricity – when the cost of electricity rises and falls with the demand on the electricity grid. Certain times of day simply see more demand for electricity from the grid than others, and so the user is charged accordingly.

Home battery storage allows homeowners to avoid the fluctuations in electricity costs. Battery systems can be programmed to charge at times when the grid demand is low (thus energy is cheaper) and then home energy consumption can be modulated to draw from the home battery at times when grid demand is high. Nova Scotia Power’s Intelligent Feeder Project is currently testing home battery storage with a pilot group of homeowners, in order to better understand how renewable energy can be used more efficiently and help homeowners avoid blackouts.

Putting It All Together

However, the efficacy of the concept increases greatly when you pair a home battery system with a home solar photovoltaic system that can now be generated and consumed by the home’s own micro-grid. Exciting new products such as SolarEdge’s Energy Hub system, combined with LG Chem’s home battery, allow for automatic transfer of critical loads in a home from grid power to 100% battery power in the event of an outage. (No more tossing spoiled food after an extended outage!) If the system is sized correctly and is generating a surplus of power, then your loads will be able to run continuously through an outage. The Intelligent Feeder Project mentioned above is also testing these capabilities with a wind powered micro-grid. In outage events, power draw for the participating homes shifts entirely to consumption of wind-produced energy stored in batteries.

Sounds Good – But How Does It Work In The Real World?

While residential home battery storage may still be in its infancy, there are already ambitious initiatives and projects taking place, such as the 600-unit micro-grid apartment complex in Herriman, Utah.

The Soleil Lofts, a $125 million, 600-unit apartment complex in Herriman, Utah, that’s roughly 25 miles south of Salt Lake, will be a net-zero development, meaning it will generate as much electricity as it needs. The development will be powered via rooftop solar panels backed up with battery storage, with an individual battery system in each rental unit, and will be all-electric, eschewing gas stoves and heating.
– Patrick Sisson, “Sustainable, solar-powered lofts will create massive community battery”, Curbed “In cooperation with Mitsubishi Corporation, Eneco has developed the biggest ever battery for energy storage, called EnspireME. Since 2018, this Battery Energy Storage System (BESS) has been keeping the power grid in balance by supplying spare capacity.”

Not only is the Soleil Lofts project net-zero, but it will produce and store energy that the local power provider can call on when there is a particularly high demand on the electric grid.

In Germany, Eneco and Mitsubishi have teamed up to build EnspireMe, Europe’s largest battery bank for use as a virtual power plant, which lets them supply sustainable reserve capacity to the European electricity grid (reserve capacity is a key element of a balanced power grid). The system has a 48 MW power capacity and storage of 50 MWh. While this is still small scale compared to a traditional fossil fuel fired plant (600 MW), it is equal to the average daily energy consumption of more than 5000 German households.

Want to learn more about home battery storage? Get in touch with our Renewable Energy Specialist, Matt, at matt@catalystsales.ca . 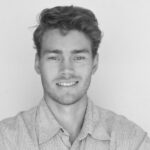 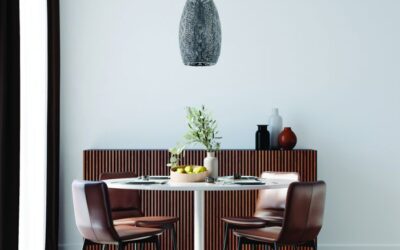 Our 8 Favourite New Products from Lightovation

Lightovation brings together the best and the brightest in residential lighting, and from June...

END_OF_DOCUMENT_TOKEN_TO_BE_REPLACED 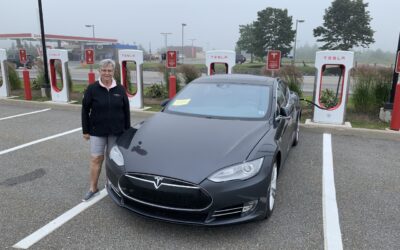 With New Brunswick being the last Atlantic province to offer a provincial rebate on electric vehicles, we stand poised to match the pace of provinces like Quebec and B.C. with our ECV adoption and ultimately our net zero emission goal.

END_OF_DOCUMENT_TOKEN_TO_BE_REPLACED 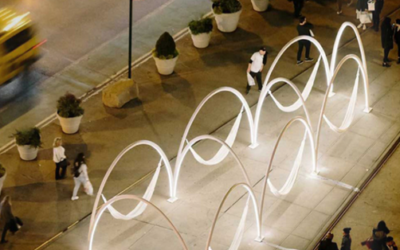 How neon lighting has bridged the gap from Vegas and its cold cathode origins to LED and the Halifax skyline.

To those born after the start of the 21st century, LED lighting may seem like a routine, expected...